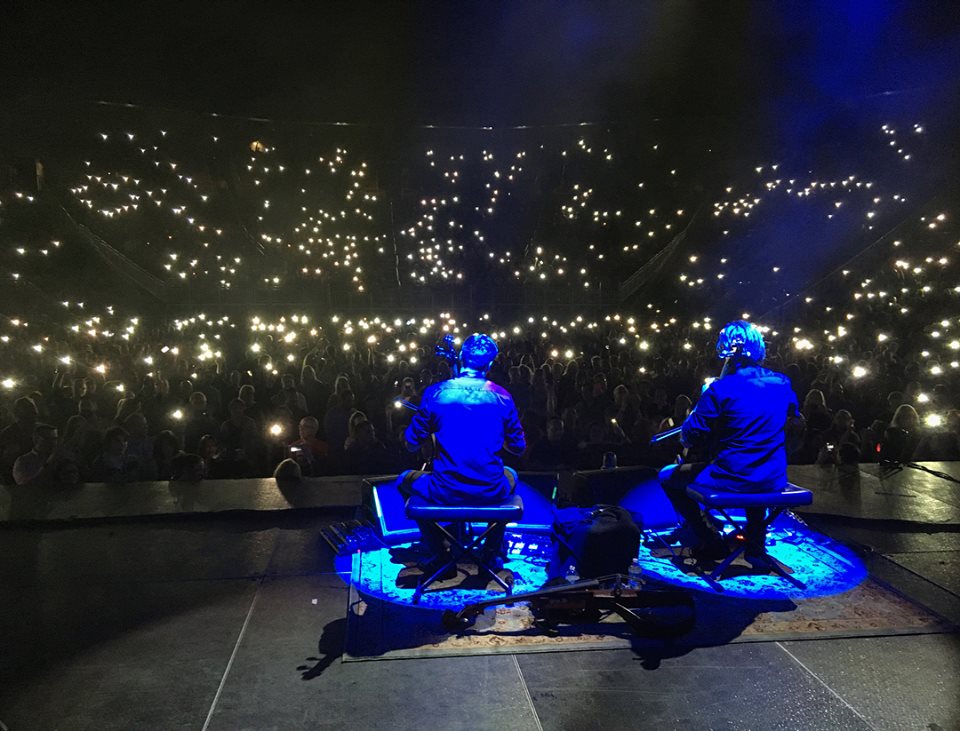 Young cellists Luka Sulic and Stjepan Hauser, together known as 2CELLOS, have achieved sensational success by taking cello to a new level. Their playing style has broken down the boundaries between musical genres, from classical and film music to pop and rock. 2CELLOS have no limits when it comes to performing live and are equally as impressive playing Bach and Vivaldi as they are rocking out AC/DC.

2CELLOS rose to fame in 2011 when their version of Michael Jackson’s “Smooth Criminal” took the world by storm. The YouTube video became a massive viral sensation leading to a record deal with Sony Masterworks and an invitation to join Sir Elton John on his worldwide tour.

Despite their huge online following where they continue to amaze with new YouTube hits, 2CELLOS’ main focus and dedication has always been playing live. The duo have sold out tours across the USA, Japan, South America, Australia, and Europe. They have performed at venues and events as prestigious as the Queen’s Diamond Jubilee in the UK, The Ford’s Theatre Annual Gala with President Obama, the Emmys in Los Angeles, Celebrity Fight Night Gala in Florence, Starkey Hearing Foundation Gala, and FIFA’s Ballon D’Or in Switzerland.

2CELLOS have also appeared on major TV shows such as The Tonight Show with Jay Leno, The Ellen DeGeneres Show, Monday Night Football in the USA, the UEFA Champions league final in the UK, were the first instrumental act to perform on the hugely popular series GLEE, and were broadcast to over 1 billion viewers as part of China’s CCTV New Year’s Gala in 2015. Their huge success in Japan was crowned with the Golden Disc Award for their second album IN2ITION and as a result, 20th January has been officially certified as a ‘2CELLOS Day’ in Japan by Japanese Anniversary Association. (Read more)