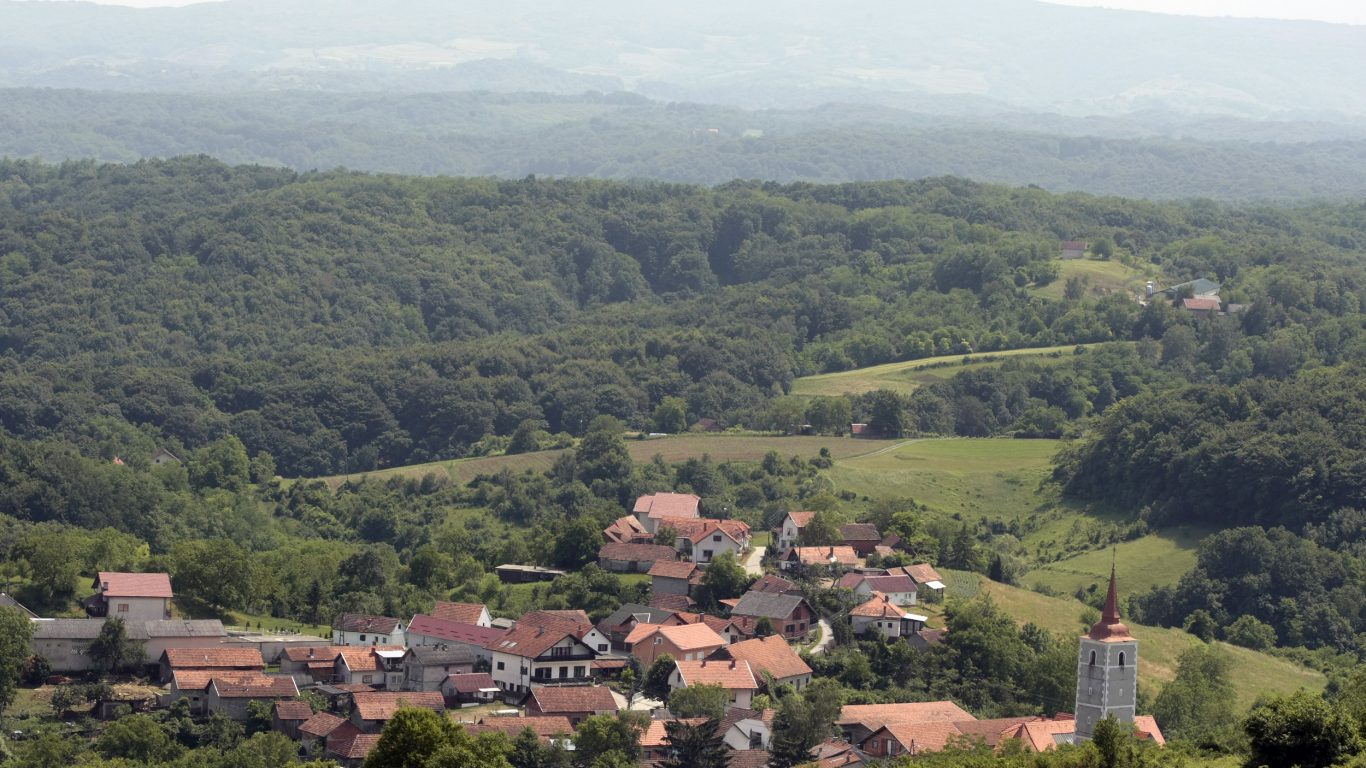 The green slopes of Zagorje region are somewhat unjustly overshadowed by coastal areas of Croatia. Rich in history, beautiful in nature and full of unique historical sites, Zagorje is situated in northwest part of Croatia, behind the mountain of Medvednica. Its landmarks are quite numerous, from Baroque streets of Varazdin to high-tech museum of Evolution in Krapina. Large castles of Trakoscan and Veliki Tabor can be considered the sole reasons to make a day trip to Zagorje, and who could deny the pleasure of enjoying one’s time in thermae of Stubicke Toplice? For those interested in Roman Catholic spirituality, Zagorje hosts the most important pilgrimage site in Croatia called Marija Bistrica. Those who remember Yugoslavia and its influence can visit Kumrovec, the birthplace of Josip Broz Tito, the popular leader of former state. In addition to all said, Zagorje is a region with distinctive culinary identity and strong tradition of wine making.