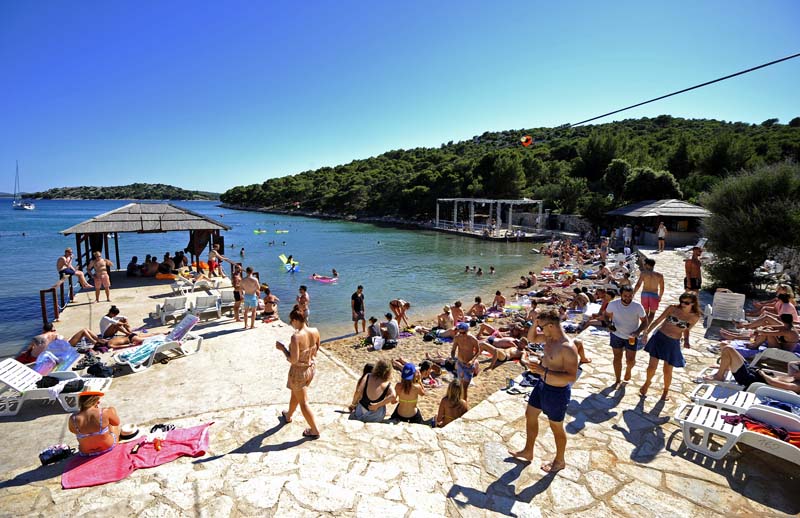 The romantic town of Tisno became largely popular due to Garden beach resort, a secluded natural space which became a trademark of Croatia’s music festival scene. In addition to Garden Festival, events such as Soundwave, Suncebeat, Electric Elephant and Stop Making Sense also take place on lovely shores of Tisno settlement. In a way, it is Zrce Beach, number two.

If not interested in electronic music, you will certainly enjoy visiting the neighboring natural parks of Kornati Islands, Telascica Reserve, Vransko Lake and Krka River. Tisno itself is a beautiful destination for visiting, especially to those keen of traditional Dalmatian  stone houses, which are plentiful in the settlement. Town also has numerous inns and restaurants, with several notable beaches in vicinity. Residents are experienced in hosting, as Tisno has been professionally welcoming foreign visitors for almost a century. Cultural events of interest include religious pilgrimage to Lady of Karavaj, the delicious Easter Breakfast and funny donkey races (which recently gained international character).