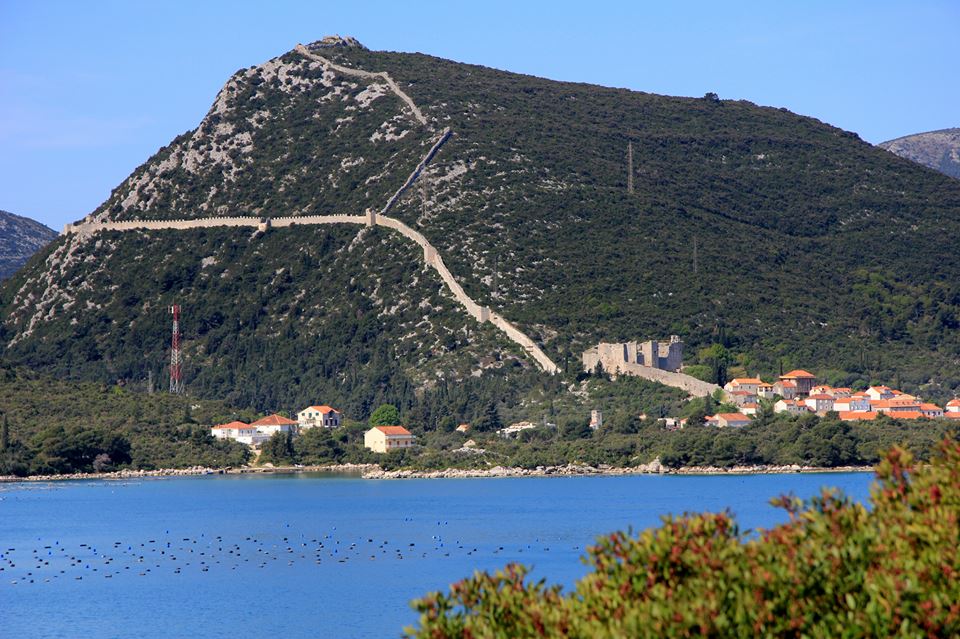 Have a vacation in true Mediterranean setting. The settlement of Ston, with its corresponding region, is everything what you expect from such an experience. Mostly associated with Dubrovnik Republic, Ston was an important asset in the city-state’s economy, and was thus surrounded with thick walls.

Today, these ramparts are among the largest of their kind in Europe, measuring over five kilometers in lenght and featuring over 40 defensive structures. These were protecting valuable saltworks and oyster harvesting areas, which are still operational today.

Residents of Ston are proud of their numerous sacral places, such as churches and chapels. A Napoleon-built road serves as a promenade, while Gudnja Grotto attracts those interested in underground phenomena.