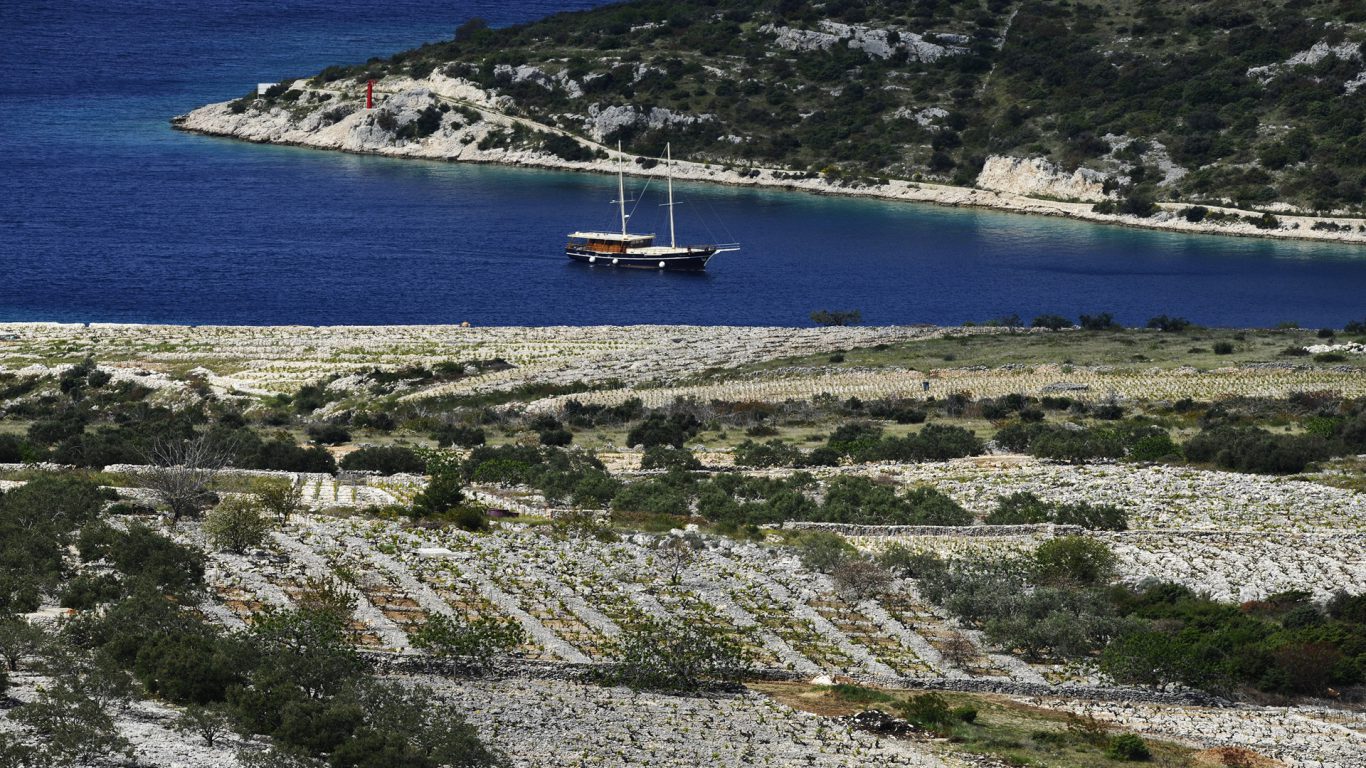 In 16th century, Dalmatian Croats had to find refuge from Turkish invasions on a small island. They fortified it, and constructed a moveable bridge in order to reach the continental ground. The Croatian word for bridge is most, and thus Primosten got its name.

Today, this Dalmatian town immediately charms with its romantic docks and easy-going life. Local wine industry is very valued; hence a large number of wine yards exist in the vicinity. As a matter of fact, a photograph of Primosten grapes decorates the building of United Nations in New York. In addition to wine production, Primosten can be described as a town of konoba-inns, café bars, fish markets and stores selling traditional merchandize. It can also serve as a perfect base for exploring neighboring national parks of Krka and Kornati Islands, and wonderful cities of Sibenik, Trogir and Split are less than 60 kilometers away. Raduca beach of Primosten constantly gets high marks in Croatian press, and is perceived as one of the most wonderful sites of the kind in the country