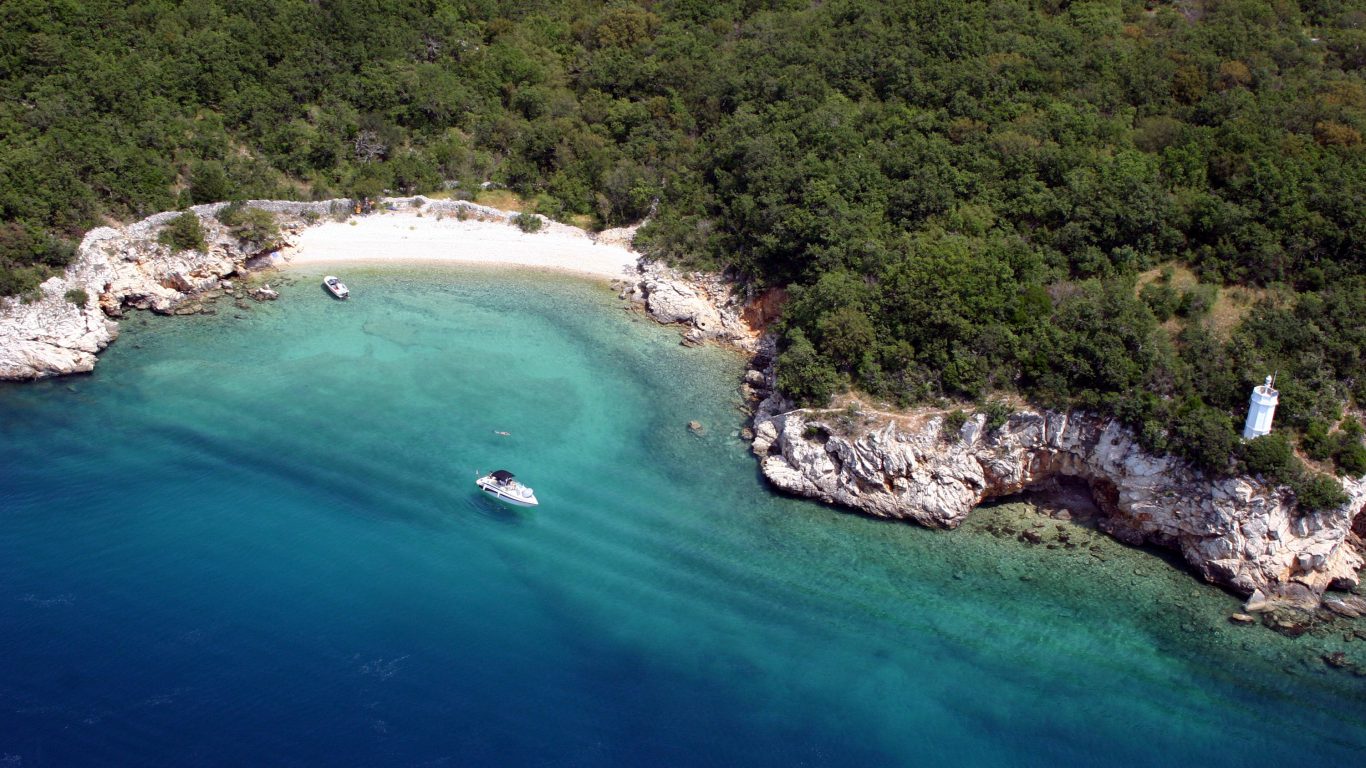 Located in the very heart of Kvarner region, Novi Vinodolski is a symbol of Adriatic Riviera. For more than a century, the town’s friendly residents welcome foreign visitors, as they arrive to enjoy tranquil blueness of local sea, hundreds of small pebble beaches and lovely coastal promenades.

But before it became a prime tourist resort, the town was also an important historical site, as it produced one of the most important legal documents of Croatian past, called Vinodol Code. The Medieval Document proves the regional independence and importance, which continued later in history, as Frankopan nobles constructed a large keep in Novi. The grandiose building is not the only architectural uniqueness of Novi Vinodolski. Other sites of interest include a Chapel made completely of glass, Cathedral of Philip and Jacob and archaic Roman Fort of Lopsica. And if you wish to learn about winds of Croatian seas, visit a statue of wind rose on a tiny isle of St. Martin.