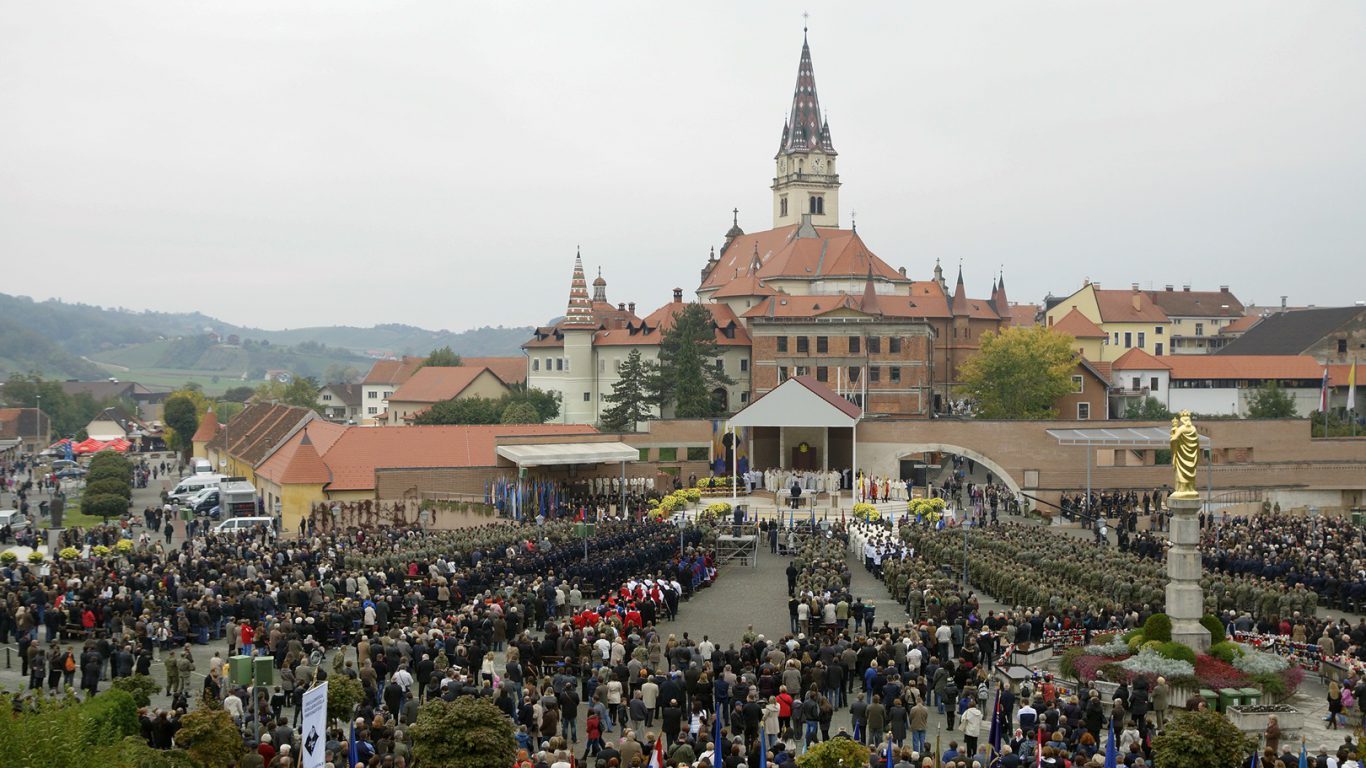 The settlement of Marija Bistrica traces its history up to 13th century. It is perceived as the largest religious site of Catholic religion in Croatia, and serves as a keeping place of miraculous statue Majka Bozja Bistricka (Bistrica’s Mother of God). The wooden object was carved in 15th century, and witnessing its unique appearance is often the final step of many pilgrimages.

Marija Bistrica is official national sanctuary of Catholic Croats, who count almost 80% of country’s population. Beautiful basilica of Marija Bistrica, upgraded in 19th century by famous architect Hermann Bolle, is an impressive sight even to those who do not share Catholic faith.

But in addition of being a place of spirituality, Marija Bistrica is also a site of history, natural beauty and prime local gastronomy. From large towers of Castle Hellenbach to romantic plains surrounding the settlement, Marija Bistrica provides everything you wish from a small town of Zagorje region.