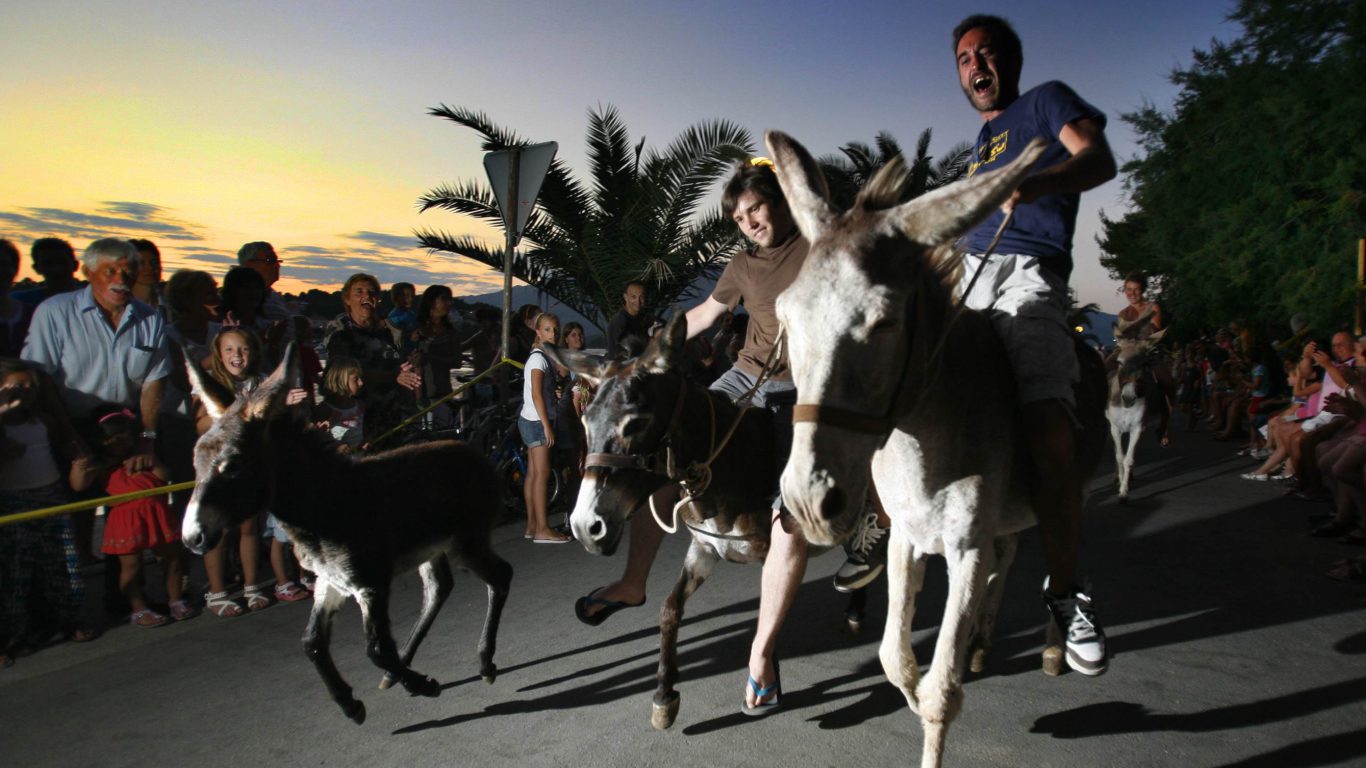 In 19th century, a stone tablet was discovered in Lumbarda, proving that settlement existed even 2300 years ago, when Greek colonists founded it in order to increase their presence in Adriatic Sea. Ever since that period, Lumbarda dominates the eastern side of Korcula Island, becoming a vital point in Croatian tourist offer.

In Medieval times, Lumbarda was a vacation retreat for members of high Catholic clergy and influential Croatian nobles. Locals were keen in wine making, especially the white sorts. Even today, Korculan brands such as Plavac Mali and Prosek are well received on international market, and prove that Lumbarda’s tradition of winemaking is as strong as ever. Well known for its annual cultural event “Lumbarajske Uzance”, the settlement is also attracting a lot of visitors thanks to a large number of notable Adriatic beaches, including Bilin Zal, Tatinja, Marina and, last but not least, Przina. With a large number of bicycle routes and walking promenades, it is a destination of choice for an active vacation, while traditional inns and restaurants provide opportunity for prime dining experiences.