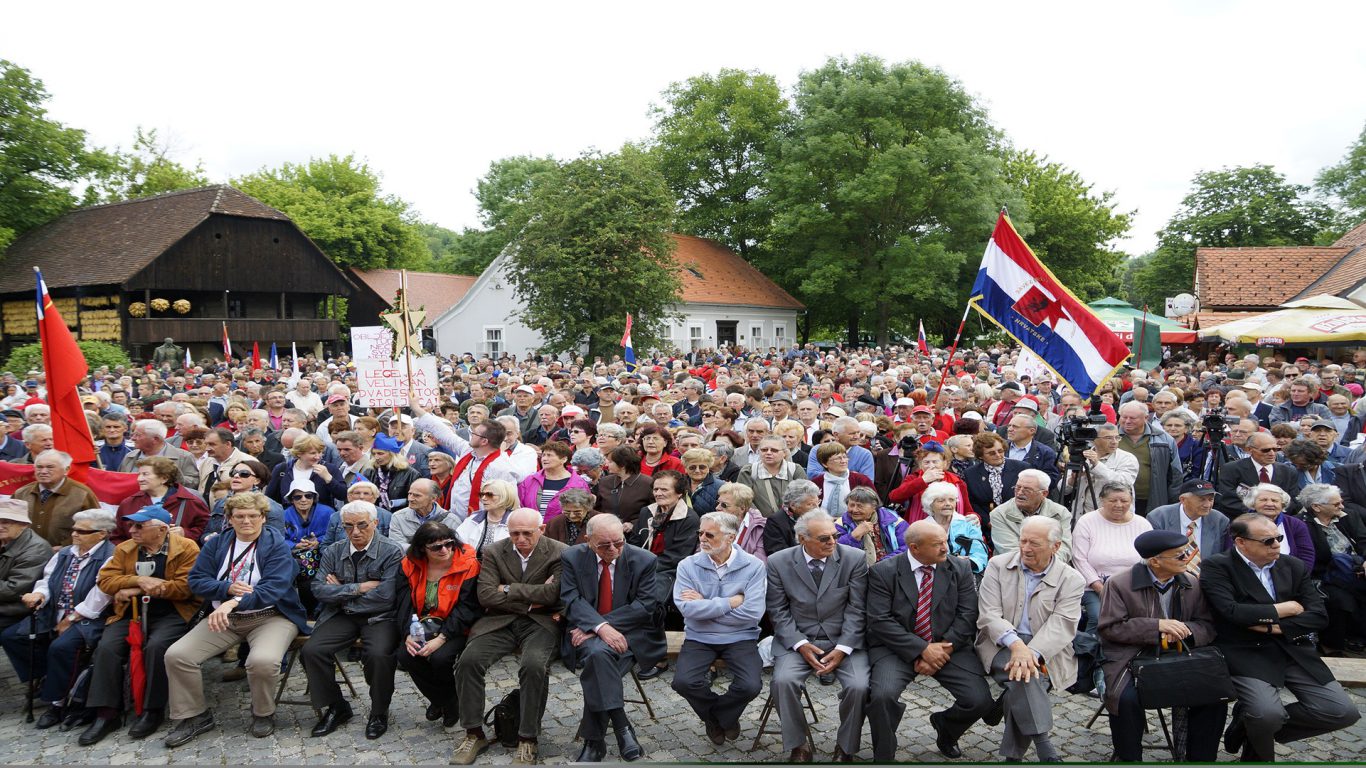 The middle of last century has been a very turbulent era for the world, as the Second World War ravished across the globe. Legions of Nazi troops were conquering Europe, unaware that the small settlement of Kumrovec will become one of their doom’s symbols. It is a native place of military leader Joseph Broz Tito, the bane of Nazi regime, founder of Yugoslavia, and one of the most controversial figures in history book.

Due to that fact, Kumrovec is believed to be the most famous village in the world. But Tito’s birth house is not the only feature of this small settlement in Zagorje. Visitors can also learn a lot about rural life of Croatia in “Old Village” Museum, enjoy statues of Popijac Gallery, and (according to local belief) fulfill up to three wishes by hearing the bells of 17th century chapel of Our Lady of Snow.

Close to Kumrovec, one can also find fishing lakes and bicycle tracks, and visit a unique statue dedicated to Croatian National Anthem.