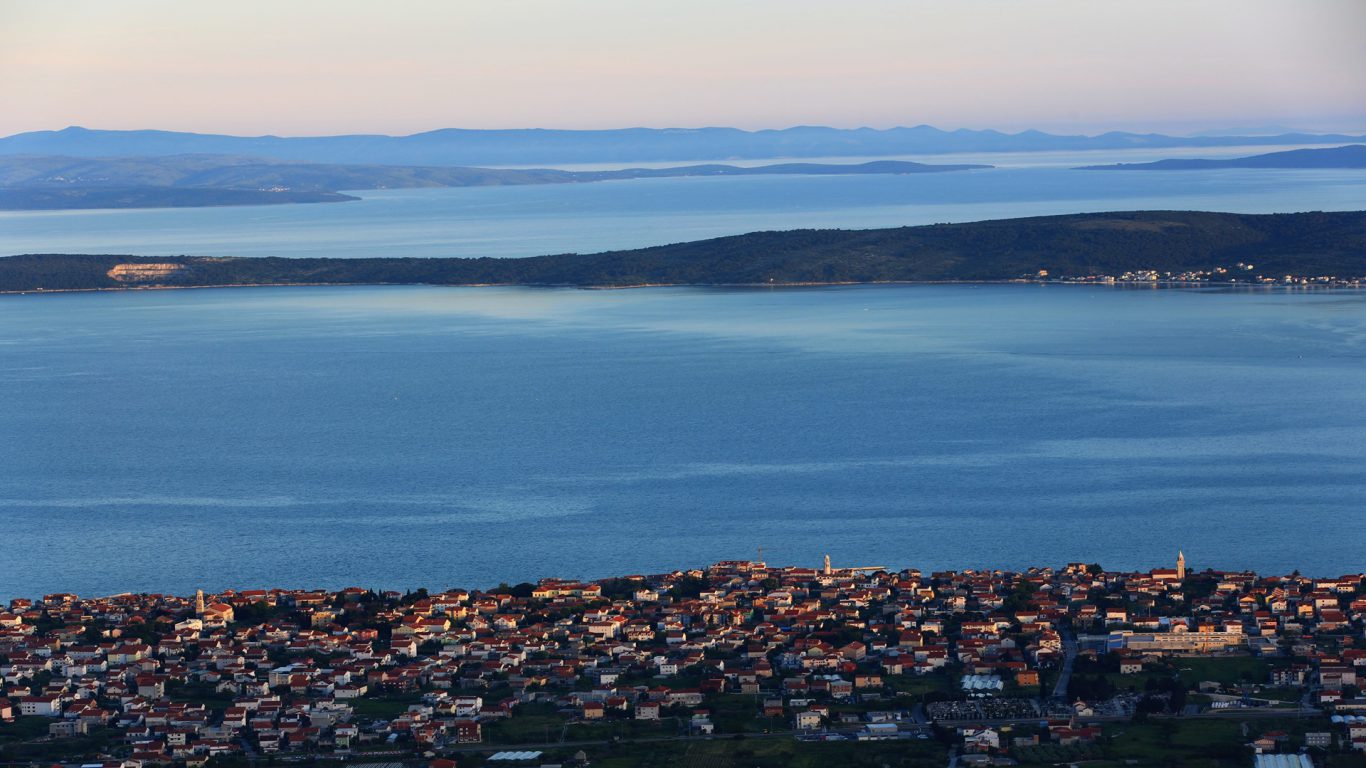 Strategically placed on the coast of Dalmatia between Trogir and Solin, the seven towns form a riviera that was known as a tourist resort even in the early days of the Roman Empire. While they’re not withing walking distance, a pleasant drive along the coast reveals the wonders of the fertile grounds in the area that also make Kaštela a famous agricultural region, renown for its Mediterranean vegetation, including a 1500 year old olive tree.

The narrow alleys of old towns may also tempt one to discover the local true-story variation on Romeo and Juliet, the legend of Miljenko and Dobrila.