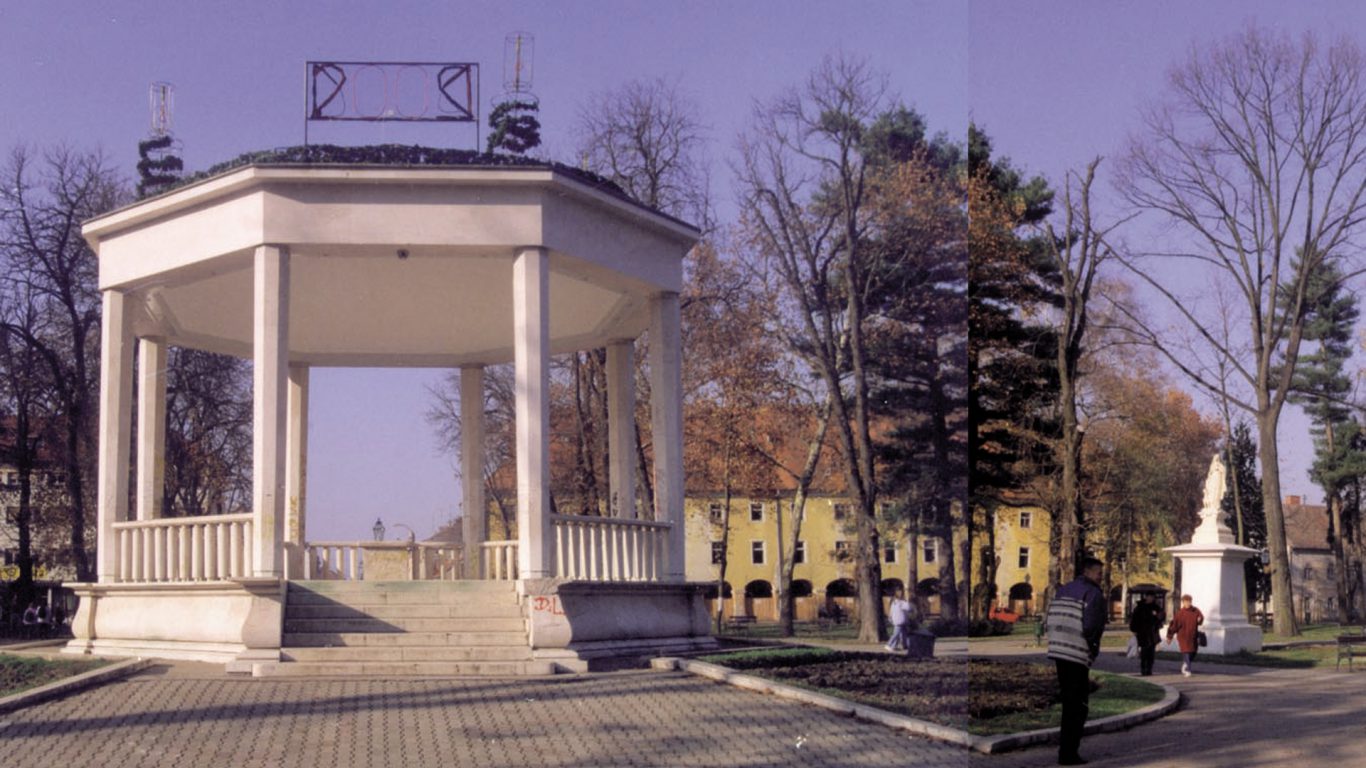 A continental city of Bjelovar counts as a rather young settlement on Croatian soil. It was founded in 1756 by orders of Empress Maria Theresa herself, and since then became recognizable for its cheese industry. Bjelovar is also known as Croatian Enigmapolis, due to large number of riddle fans and developed culture of enigmatography.

The city is a home to the largest stone pavilion in Europe, made from Brac stone. It has several notable statues of Catholic saints, dating from 18th century. An interesting fountain named “Povratak Panonskih Kitova” (The Return of Panonian Whales) depicts the aforementioned animals as they sail through water towards their imaginary homeland.

Bjelovar hosts numerous cultural events, such as Terezijana (dedicated to the founding Empress, her image and influence in world history), Doku-art (Festival of documentary movies) and International Percussion Ensemble Week. However, nobody can deny that Days of Cheese are the best way to experience Bjelovar, nicknamed the capital of Croatian milk products.